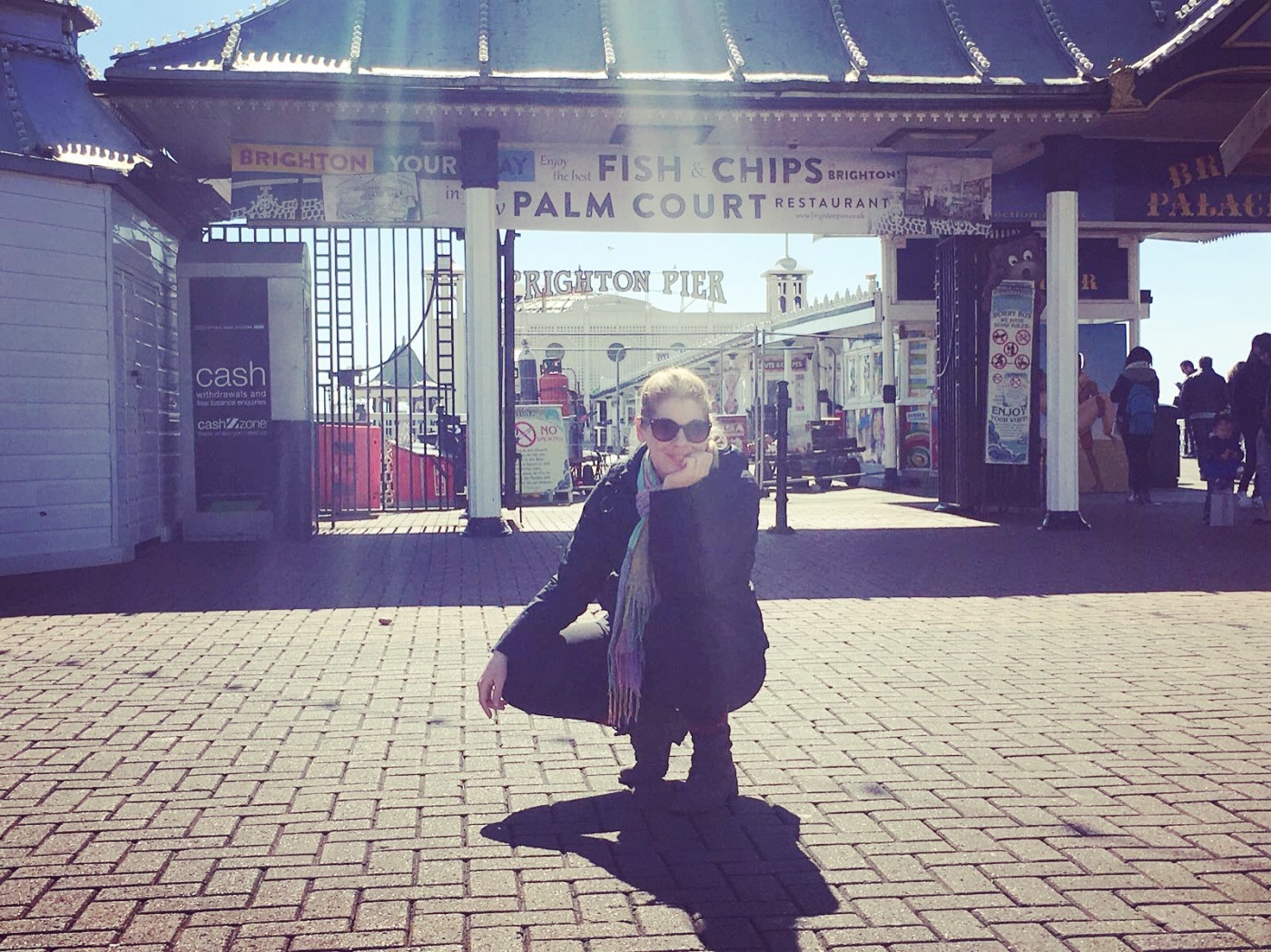 There aren’t many places to go if you are interested in a real beach day in England, but Brighton is perhaps the only exception! Originally, Brighton was the place where the Prince of Wales in 1787 went for some sun and built a seaside retreat which is now known as the Royal Pavilion. Now I can’t say that it was much of a retreat in my eyes compared to some of the beaches I frequented in Italy, Greece and Australia, but if you are living in London where it rains often, then Brighton would sure seem like a breath of fresh air. The Pavilion is the real attraction in my eyes in Brighton, which on the outside resembles and Indian palace or temple and on the inside is decorated with influences from China and other Far East cultures. We learned that the painters and decorators, who were responsible for painting the walls or constructing tapestries, had never actually seen an Asian person before so they depicted what they thought Chinese people looked like so all of the characters had a mix of English and seemingly Mongolian facial features. Not too far from the Pavilion is Brighton beach and pier. When picturing our day trip to Brighton, I envisioned the beach scene in Sweeney Todd where everyone is dressed in Victorian swimming costumes and singing By-the-Sea. Our day was a little different than that, luckily the sun decided to show itself so we walked along the pier stopping to play penny slots and have a coffee. Even though the water was definitely too cold to swim as it had snowed the day earlier, it was still nice to be by the water or should I say by the sea! Brighton was quite lively despite the weather, there were many restaurants and bars open and it seemed like a place where many parties came for a hen-do or bachelorette party.