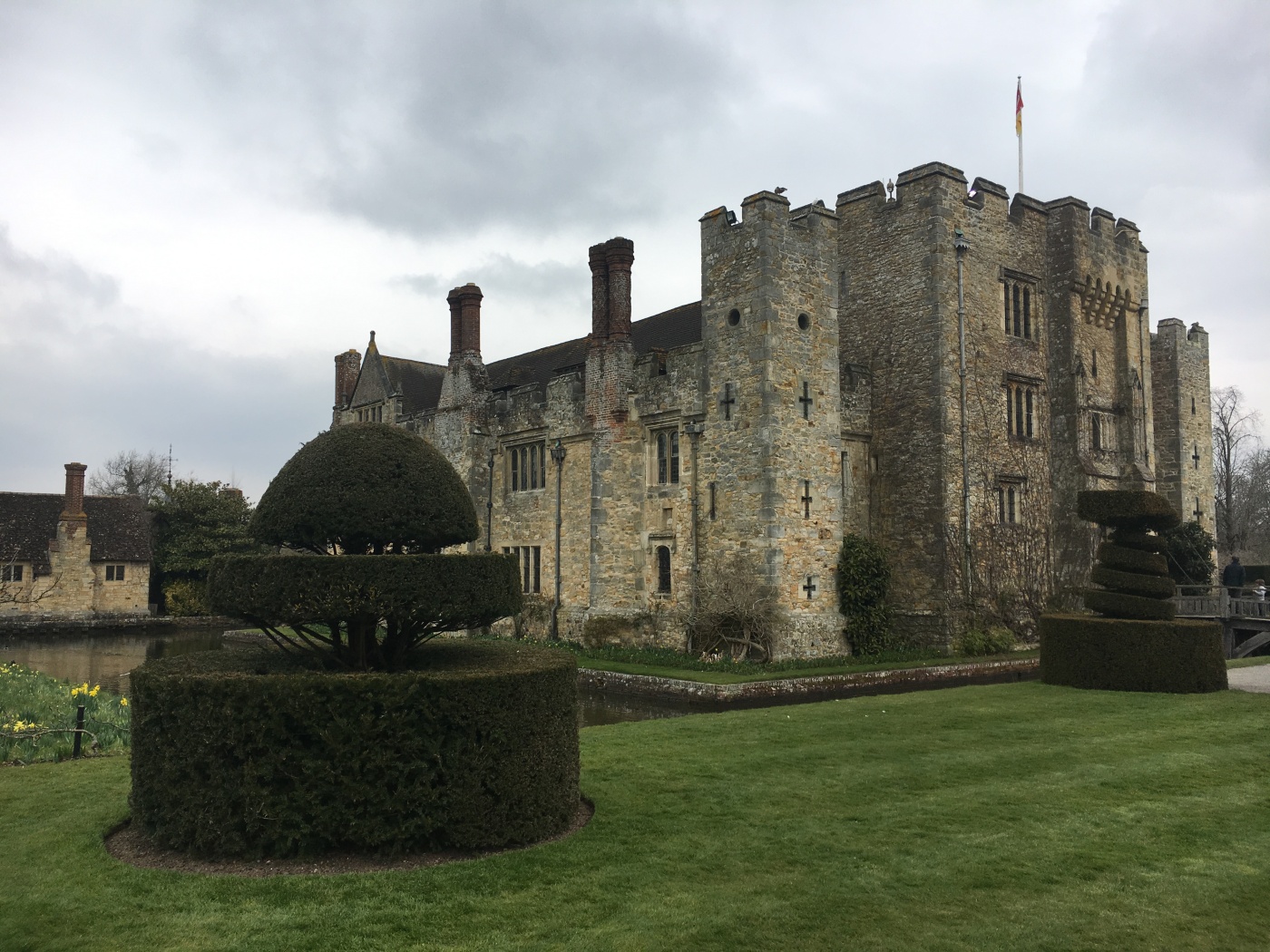 I really could visit a castle every single day for the rest of my life. Since I was staying with a local who had been to nearly every castle nearby at some point during her childhood, we decided on Hever Castle because of my fascination with its former resident Anne Boleyn and her scandalous history. The castle, seated on extensive grounds including a serene lake with resident swans, a sculpture garden and surrounded by a moat, was simply spectacular. It was very serene despite the bitter end met by the former Queen of England who spent her childhood there. We spent several hours inside the castle, which seemed like an optical illusion because from the front, it looks very small but once inside you realize that there are many different rooms that were added on to the original stone fortress erected in 1270. I enjoyed reading the old love letters that both Anne and King Henry VIII sent each other which were perfectly preserved and framed in one of the exhibition rooms. If only walls could talk! A lot happened within the walls of that castle as it’s inhabitants rose to power and then fell. It rained a little bit, but cleared up so we could have a picnic on the grounds overlooking a stream. On the drive out, I noticed a Henry VIII themed pub and several Tudor style inns at the edge of the castle grounds which only added to the ambiance.