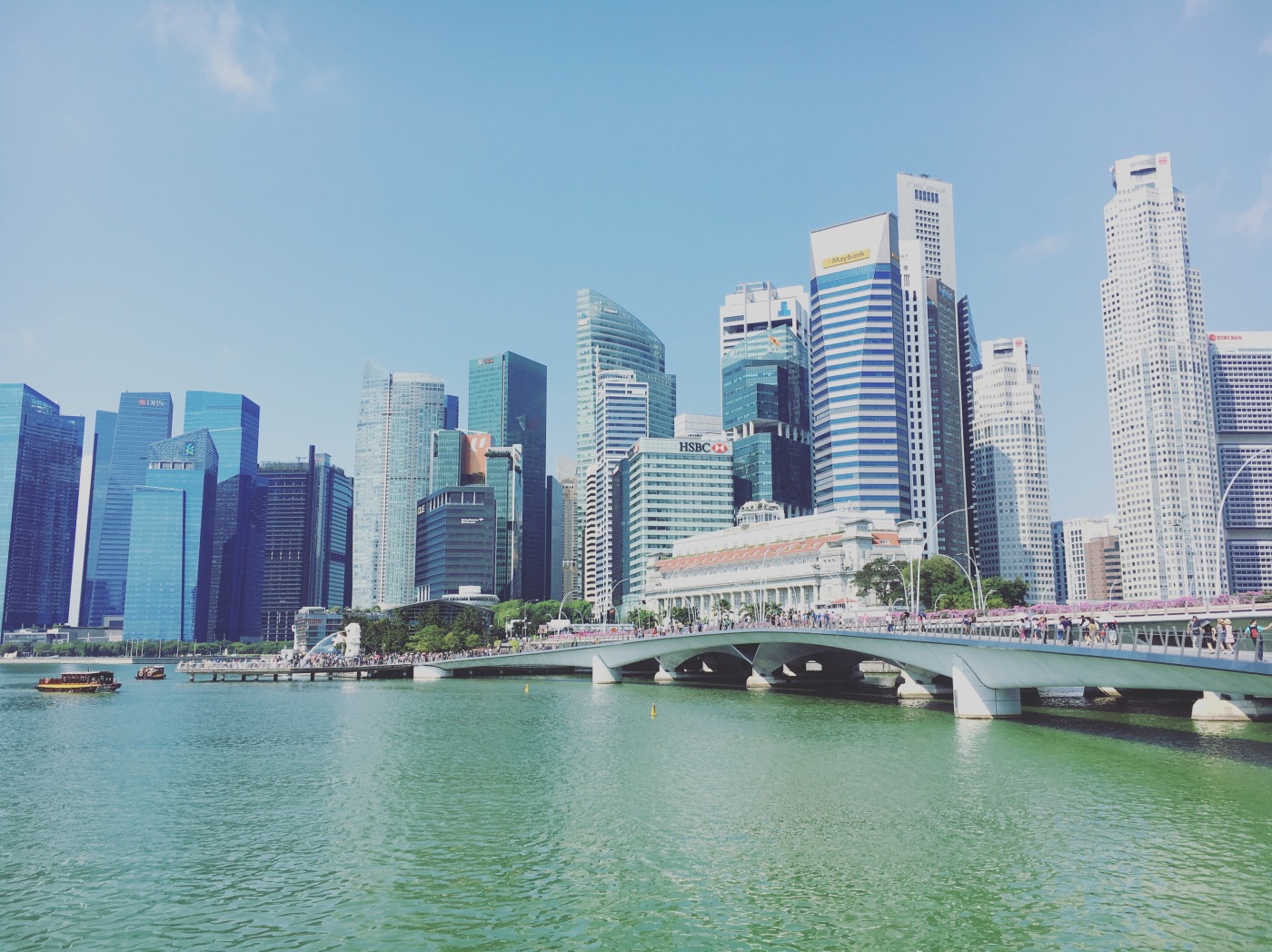 On my journey from Greece to Australia, in order to get the deal I did on my flight, I had to stopover in Singapore for 19 hours! So that’s 17 hours of flying, 10 hours from Athens to Singapore, 19 hours in Singapore, and the 7 hours to Gold Coast Australia. I arrived nearly 3 days later in Australia! But boy, was Singapore one hot tamale! Since I had such a long layover, I took advantage of the free tour the airport offered – I hopped on a bus after being hit with the Singapore humidity like a sack of potatoes. I felt like I was swimming, rather than walking. The bus tour took us to 3 different hot spots and let us walk around a little bit while providing information on the history and culture which was fantastic and a great way to promote the city. Without the tour, I wouldn’t have ventured out into the city on my own or been able to see as much as I did. The first stop was the harbor, so I got a look at the famous Raffles hotel and then two other spots around the city. The city was clean, felt very safe, and easy to navigate but the heat coupled with my jet lag prevented me from exploring on my own after the tour. But the airport – Chiang Mai – was no joke, out of this world! An enormous food court, free massage chairs, a cactus and butterfly garden, a movie theater, hotels rooms you can rent by the hour, and a pool you can get a day pass for — amazing! It was huge and I had almost as much fun exploring the airport as I did the city. There were so many flights going all over the world and a whole wing of flights going to Australia, so I was able to chat up some fellow travelers and learn a bit about the next country I was embarking too.