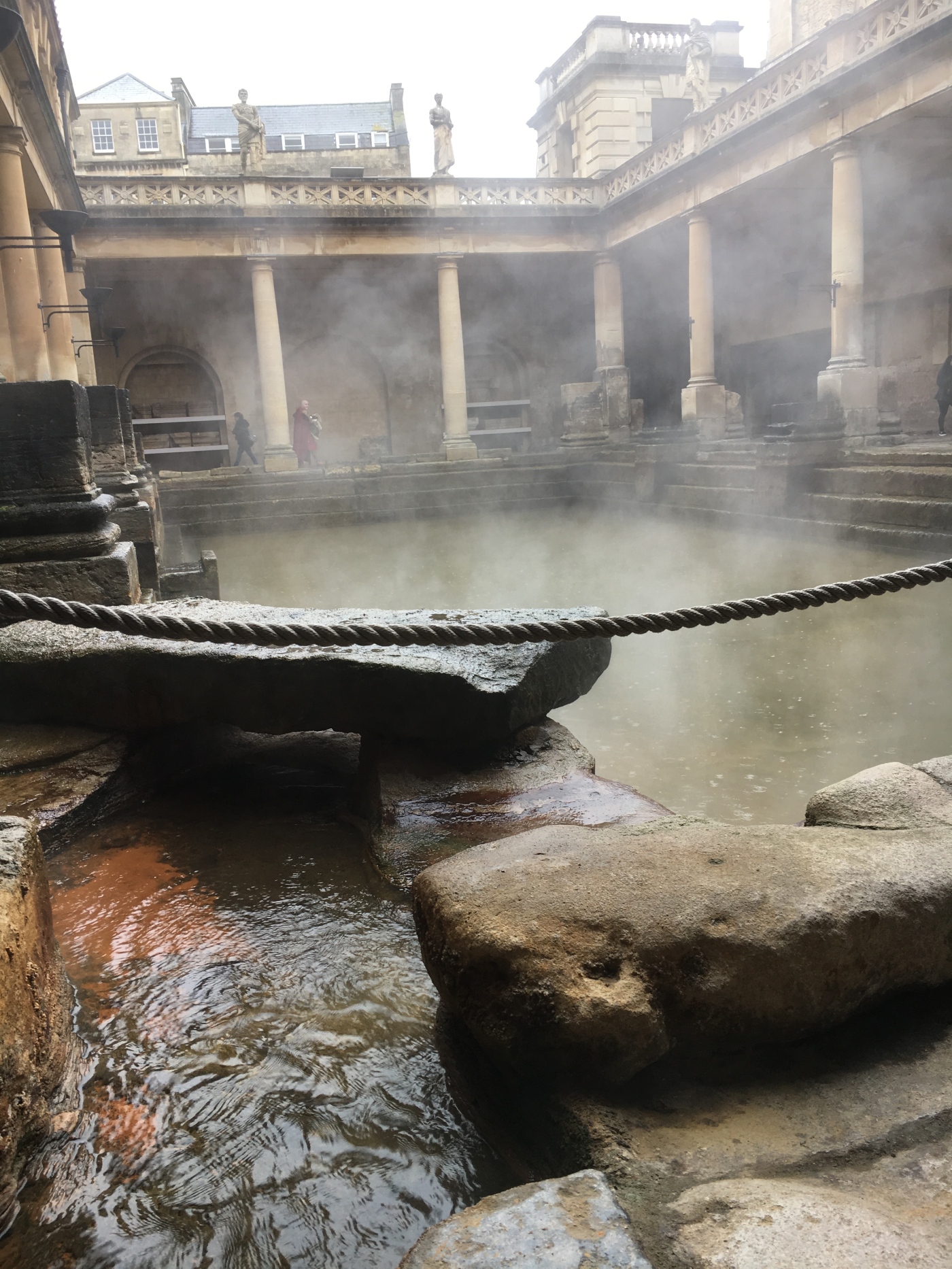 When I pictured what Bath would be like in my head, I imagined Elizabeth Bennet from Pride and Prejudice or other English 18th century characters enjoying the homogeneously colored grey city. The city really is like that with the only difference being the 21st century tourists and cars. It was easy to see and feel the history here. The Roman Baths were quite fascinating and impressive, amazing to think the Romans got all the way up there. I would recommend going on a sunny day as my pictures did not turn out well in the rain. We stayed at a great bed and breakfast and had wonderful meals, including dinner at the warm and inviting Sally Lunn’s which is the oldest house in Bath. The city offers free walking tours daily that meet outside the Roman Baths, despite the rain, we embarked on such a tour and were squired around the city by a knowledgeable guide dispensing tidbits of interesting and scandalous history. After nearly 3 hours, the tour brought us to all of the important sites in the city which we may have missed if not for the tour. When traveling throughout Europe, it is easy to get sick of visiting yet another church, but the cathedral in Bath next to the Roman Baths was really quite spectacular. The rain was unrelenting during our day trip to Bath. Despite our soggy shoes and shivering bodies we managed to have a wonderful time and soak in some culture with a little help from pitchers of cocktails, Turkish coffee and a comforting hot meal.